We just migrated and updated our website. Do you see any problem? Let us know.

Custom workflow – experience of our users

I remember exactly the day when I started the StrategyQuant program for the first time. I’ll never forget that moment.

After the first launch, I puzzled with my mouth open what it was.

I did not expect it to be so fast, but during the first year I learned to work with the program also thanks to Zdeněk Zaňka and his courses.

During that year I advanced a lot and built my automated trading strategies, which I then combined into a portfolio. I was able to build the first portfolio, which ran on the DEMO account for a few months.

But let’s return to the SQ X program. Its new and main advantage is the current possibility of building strategies in Custom Projects. This innovation changes the fundamental functionality of the program.

Custom Projects lets you set up your workflow automatically and search for strategies in 20 markets at once. I was a bit afraid at the beginning of the setup, but it’s not really complicated.

In Custom Projects we work with tasks and more databanks. Tasks are a new feature of the program that you will learn in minutes, according to your own experience. Of course they work as a link to the entire workflow.

Each task can do any function in the program and we can assemble it for yourself. It must of course, have some logic.

This is a great advantage of Custom Project, because the entire workflow can be automated to build the entire portfolio in 5 different markets, test them and choose the best. And all without the need for human intervention. Yes, exactly, I’ll give you an example.

„In Custom Projects, we set the first task (Builder) and its options for generating strategies. We will move our Monte Carlo tests and OOS tests to other retest tasks. In this way, we work out our workflow to the last point, where we then set StrategyQuant to end the actual generation of strategies or start from the initial construction after the last test. Of course, we can save strategies that pass robustness tests in a databank and work with them on the resulting portfolio. “

With the new Custom Projects option, generating automated business strategies takes a whole new dimension. Of course, there is always a need for some “manual work” in the program that doesn’t even end. However, what I really want to say is that we can automate many of our basic tests and avoid spending too much of our free time with a PC.

Let me also give you the feedback of our user who has also passed the older version of StrategyQuant 3 and can evaluate this progress with us.

„I met Strategy Quant in autumn 2018 during the Strategy Lab course and then deeper through the full SQ course at Quastic. At that time, the latest version was 3.8.2. The program impressed me with its extensive construction settings and various options for testing strategy robustness.

Since then, the new StrategyQuant X has been released to take the strategy to an even higher level.

Among the many improvements in StrategyQuant X, I would like to mention that it is easier to add and update currency pairs. Filtering has also improved. Some tests that had to be done manually in the older version (for example, comparing whether Return / DD is at least half the value before the robustness test) are already fully customizable and automated.

Perhaps the biggest improvement for me was the addition of Custom Projects, thanks to which I can define my own workflow into the program. Every step of the construction from the initial generation to the last tests can be fully automated. So instead of manually generating and then changing for each test, StrategyQuant X does it all by pressing one button.“ 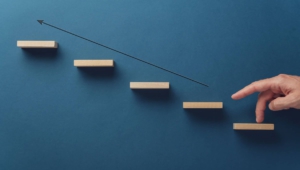 In StrategyQuant X 131, we have added two new comparison blocks. In this article we will discuss them in more detail. Comparison blocks are snippets that we can use in the Algo wizard or  Builder and are used to be able to compare two values. ( Left and Right )

How to build and backtest strategies in MultiCharts

Performing backtest of the strategy in the trading platform is a necessary step before going live. Generally, all trading platforms are performing the same tasks which are providing the environment … 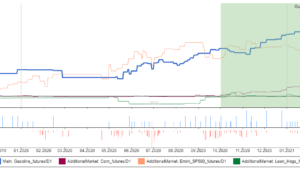 Futures contracts have been around for over 300 years. It provides opportunities not only to hedge against future price fluctuations in various commodities and financials and also to speculate and trade more actively both manually and algorithmically. StrategyQuantX offers a very efficient to do so.