What we have learned from analyzing 1.2 million FX strategies – Part:2 Spread robustness check

In today’s episode, we look at whether using a spread ratio can lead to a better true-out-of-sample (WFOS ) result.

First, let’s repeat  how we collected the data:

We used the 2019-2020 period – two years – as the true-out-of-sample (WFOS ). During this period, we observed the effects of selection, robustness tests, and other analyses.

We developed strategies for a 1-hour time frame and a 4-hour time frame, we used the Darwinex fee structure, and we had 1 pip of slippage in each market.

For this experiment, we tested the entire data set with a spread that was 2 pips higher than the default spread at Darwinex.

Outliners with nonsensical ratios show up in the data set: 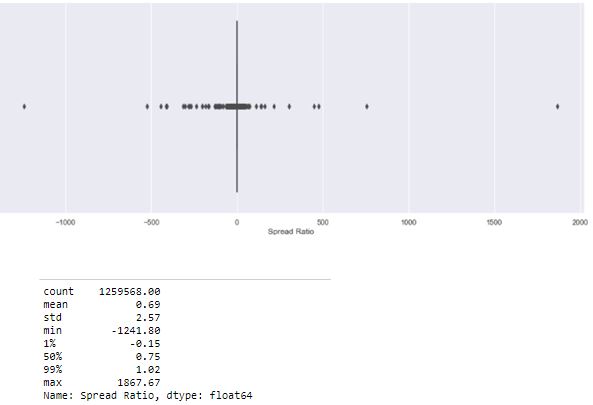 We, therefore, removed outliers from the dataset and selected strategists with a spread ratio of 0-1.

We binned the spread ratio into deciles and in each row, we see the median value of each statistic. That is, in the first row, all strategies with a spread ratio in the interval of -0.001 to 0.647 have a median net profit in the true-out sample of -$166.3 and so on.

Note: The red line represents the average spread ratio value across the dataset

One fact to keep in mind. The more trades you have, the higher the statistical significance of the results.

Wow. We can see a sharp difference. Logically, the higher the number of trades, the higher the sensitivity of the spread. You can see how effective this simple test can be.

We can clearly see that strategies with higher spread ratios in WFOS doing better than average.

Now let us combine the findings from last time. We choose strategies with a complexity of 4 to 6 and an avg. number of trades of 40 to 80 per year.

The result is even better. We see that strategies with the complexity of 4-6, and 40-80 avg. number of traders per year in the out-of-the sample.

Our analysis suggests that the combination of the robustness of the spread resto can help the strategy in WFOS. However, it is important to keep in mind that this test only helps strategies with a higher number of trades.

How we can set up this test in StrategyQuantX

There are two ways to set up this test in Croschecks:

One way to test whether the use of spread ratio acts as an external filter to filter out mediocre and unsubstainable trades is to quantify or classify the types of strategies that pass every level of spread ratio. Assumptions: 1) Trade counts: Less complex (i.e simplier strategies) strategies tend to haven higher trade counts which may imply that it catches smaller trend cycle patterns which occurs more frequently. Complex strategy aim to catch larger trend cycle patterns and hence occur less frequently. 2) Win/loss and Risk Reward Ratio: Good/robust simplier strategies would have higher win/loss ratio but negative reward/risk ratio… Read more »

Last edited 1 month ago by hannahis
1

Hi Stuart, I’m not the one conducting these test or write up the report, it’s Clonex/Ivan’s hard work. I’m just giving my 1 cent worth of thoughts and critique the results to highlight the possible use of result finding that may help users in their settings or understanding of the implications. I used to read up research papers and try to understand the underlying concepts etc, so I guess I’m just trying to apply it here and see what gems I can glean out of Ivan’s hard work. This research is bias, because it used Friday close so the set… Read more »

Is liken to choosing a job candidate. Do you look for how tall or short the candidate is (simple vs complex) or do you look for characteristics in the candidate for the specific training or skills sets needed for the job? So if we going to build robust strategies or target to build trending or ranging or mean reversal strategies, what are the characteristics or performance settings we need to look for that are suited for each of these strategy types? What really constitute robustness? It’s very vague, unless we look at the performance metric as a way to measure… Read more »

Could you clarify please, “ratio of net profit higher spread / net profit standard spread” – does this mean that for every strategy you’ve taken this value? Sorry, I think it was a little ambiguous

Last edited 1 month ago by hannahis
1

I want more blog posts like this, Much appreciated. Thank You

I hear you dont worry. They will be more and better 😉 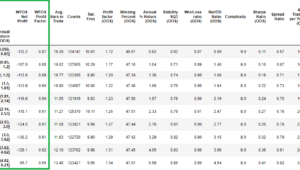 What we have learned from analyzing 1.2 million FX strategies – Part 3

Thanks again to all the participants of the last coding chat. The next coding session will be on 25th November at 14:00 CET time, which is 13:00 London time, 8am … 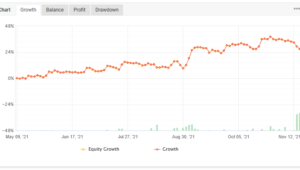 An interview with succesful trader Grant

There is always a big story behind when someone achieves success in markets. I am glad for the opportunity to share with you an interview with trader Grant who is …

We use cookies to ensure that we give you the best experience on our website. If you continue to use this site we will assume that you are happy with it.