Evaluating the trading performance of strategies

A common problem for a trader is to know when his strategy has lost the advantage, or in short, when there is such a situation that does not fit today’s strategies. Strategies generated by data mining can experience performance degradation quite quickly, and these snippets can help analyze such situations. This episode is the introduction to a series of articles in which I will introduce new WHAT-IF snippets to help us deal with this problem. In the following episodes, we will also introduce snippets based on statistical quality control logic, and finally, we will conduct a study comparing whether these snippets statistically reduce the risk profile of strategies. 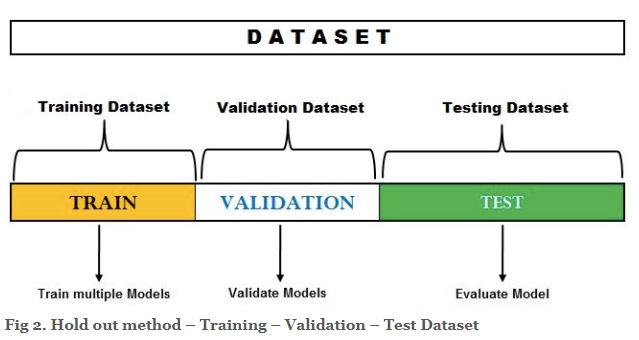 The What If snippet has two mods.

In Strategy Quant X you can set the training/validation/testing in the Data section. 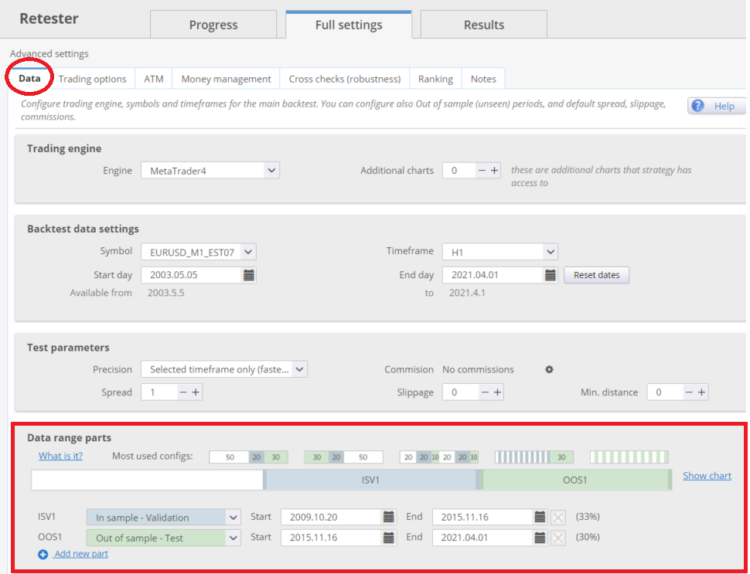 More information about how to use and set training/validation/testing you can find here.

Let’s take a look at the use of these snippets in practice: 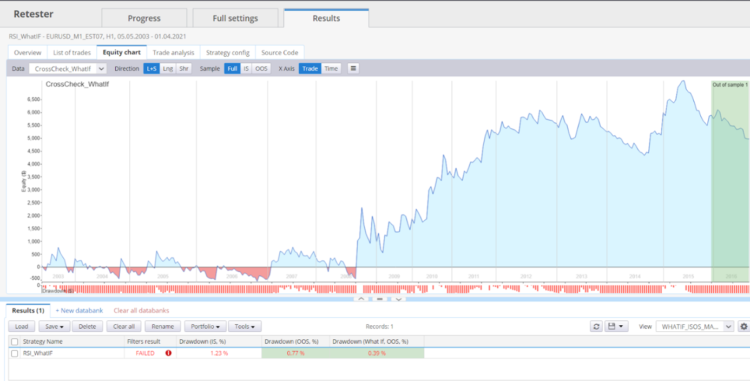 After using the WHAT-IF snippet, we can see what happens when the strategy exits the trade after reaching 50% of the maximum drawdown from the sample part of the data. The strategy in Out of sample will end the trade early. At the bottom of the database, we can see how the statistics of each strategy have changed. The drawdown in What If Out Of Sample is lower.

Operates under the assumption that the stratégy trading is turned off when the percentage value of the maximum drawdown from the training period is reached. This logic is applied both in the validation and testing period.

Works with the assumption that the stratégy trading is turned off when the percentage value of the maximum drawdown is measured in the validation period. This logic is applied in the test period. 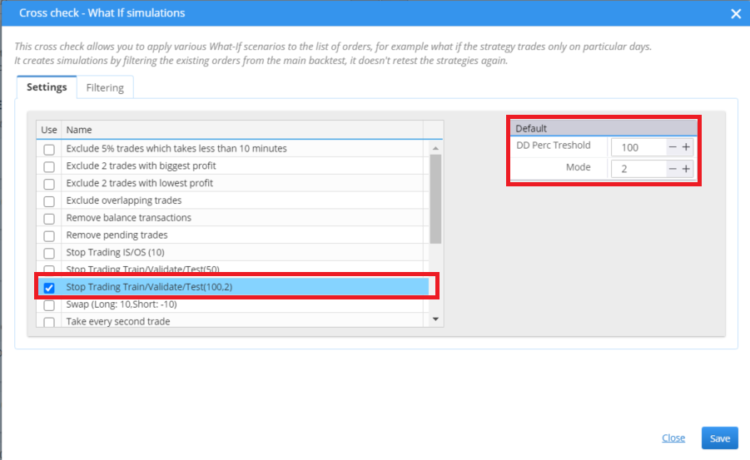 In the following figure, we see the initial backtest of the strategy divided into Training/Validation/Testing. 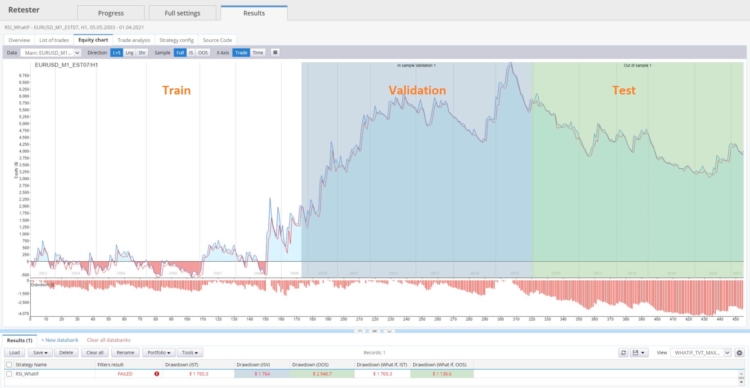 After using the WHAT-IF snippet, we see that the strategy failed to achieve 50% of its drawdown measured in the Training period. 50% of the drawdown was reached only in the test part of the data, where the trading was stopped. 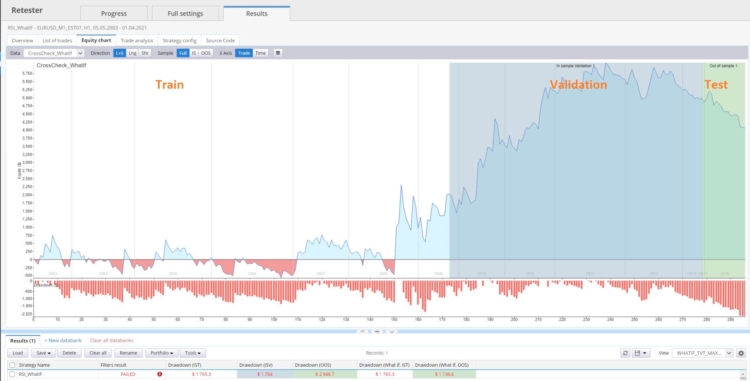 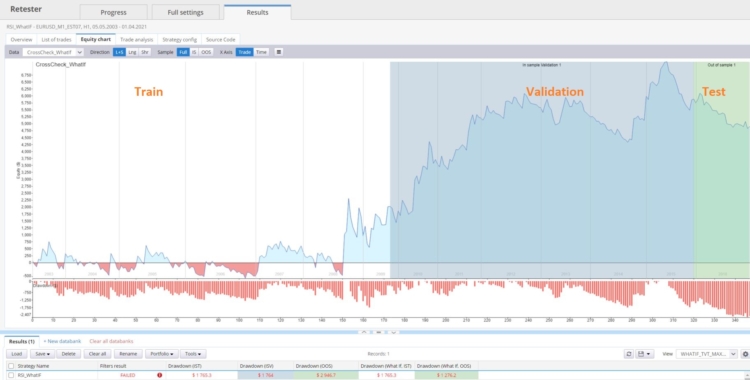 These “WHAT-IF” snippets are an introduction to the topic. The goal is to work out the entire workflow. As for implementation in platforms, → the above solution can be implemented in MT4/MT5 and also in Tradestion/Multicharts. Anyway, in terms of modularity, the best platform is Metatrader 5.

At the end of the blog, I would like to open a discussion about ideas that could be integrated into the snippets. If you have ideas, please post them in the discussion below the article, or directly to [email protected]

Thanks for the writeup and snippets. Have you considered using a method of fitting a distribution like the Beta and then use the statistical properties to stop trading if there is a deviation beyond the allowable/chosen threshold? Tim Masters talks about this in his books.

Hey im working on SQC methods. It will be one of the next part. However if you have concrete book with concrete page it will helps me a lot.

Which SQC methods are you considering for your next research? 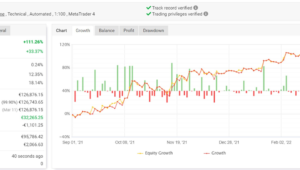 Clone Army is a fully automated algorithmic trading system, that trades a portfolio of strategies on different markets and time frames. The strategies are mined and robustness tested with a …

Marek Chrastina is a professional futures trader and money manager. His most recent successes are 3rd place in 2020-2021 in The Global Cup Trading Championship and 3rd place in 2021 …

New Indicators have been implemented for StrategyQuant X – April 2022

We have added several new indicators and snippets to the sharing server in recent months. In today’s blog post, we’ll briefly go through each of them.   Rate Of Change …